“From death, from dark, 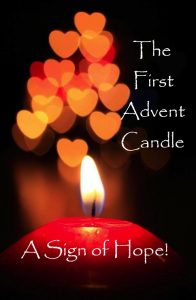 from deafness, from despairs.

This Life, this Light, this Word,

The Nativity of Christ –    R.Southwell.

We truly need the Joy and  Light of the Lord to heal all the darkness and pain that haunts our world today.

We had hoped that 2022 would bring humanity some respite as we emerged from the Covid Pandemic which had paralyzed society for so long. We could not have imagined that we would face the Russian invasion of Ukraine which has brought us to the brink of a third world war. 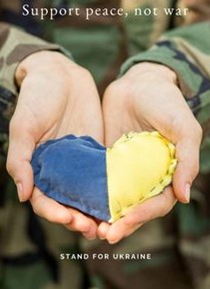 In 1990 Abp. Cassidy brought  Metropolitan Sergey of Odesa and Kherson to visit us. Our archivist wrote: “One look at the formidable Russian ‘interpreter’ squashed any idea of raising awkward questions about the Ukrainian Church.  We could sense the tension as well as the hope of ‘Glasnost’. Now, thirty-two years later, as we write this, a deadly battle is being fought over Kherson. It seems that humanity never learns.

We live out our lives against an ominous background.

However, as Christians, we are called to witness to hope.

Because – ‘With all its sham drudgery & broken dreams, it is still a beautiful world.’

So, the joys of our simple lives do matter and we celebrate them with you

because God is greater than humanity’s sin and shame. 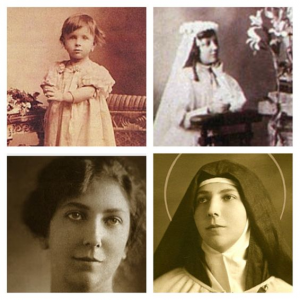 Juanita Fernandez Solar was born at Santiago, Chile on July 13, 1900.

From her adolescence, she was devoted to Christ.

She entered the monastery of the Discalced Carmelite Nuns at Los Andes on May 7, 1919,

where she was given the name Teresa of Jesus.

She died on April 12 of the following year after having made her religious profession.

and proposed as a model for young people.

She is the first Chilean and the first member of the Teresian Carmel in Latin America to be beatified. 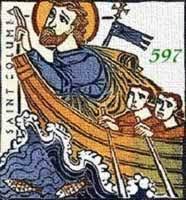 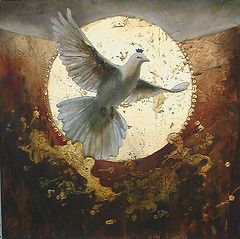 She was born with the name Caterina de’ Pazzi on April 2 1566 in Florence, Duchy of Florence, Italy.

She was an Italian Carmelite nun and mystic who became a Saint in the Catholic Church.

Her feast day is celebrated on May 25.

is that you love him alone, that you trust implicitly in him

Titus Brandsma is described as a journalist-martyr of the 20th Century.

1. Father Brandsma wrote and spoke against the Nazis’  laws and propaganda.

In 1942, he was arrested after trying to persuade Dutch Catholic newspapers

not to print Nazi propaganda (as was required by the Nazi occupiers).

2. He died a martyr. Father Titus Brandsma was transferred to the concentration camp at Dachau

in February 1942. In July of that year, he was executed by lethal injection.

He forgave the nurse who administered the injection and gave her a rosary.

Though not religious at the time she later became a Catholic.

We give praise to You, O Lord for bringing us to this Holy Place. 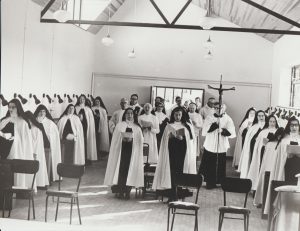 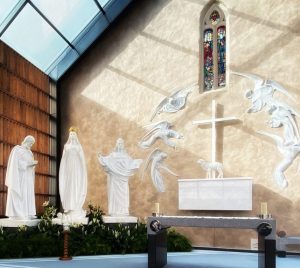 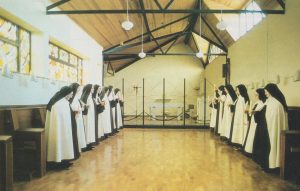 On the 15th of October 1981, our community transferred from Dublin to Knock. We give thanks to God for all the blessings of these years and a very sincere ‘Thank You’ to all who made this possible and who have been with us throughout the joys and sorrows of daily life in our adopted County Mayo. 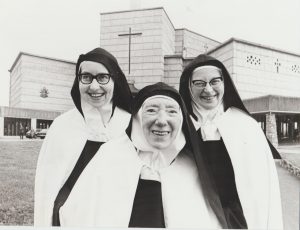 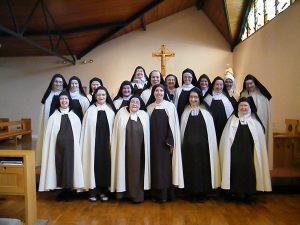 We also give thanks that our community continues to grow and the Solemn Profession of Sr. Elizabeth was the best anniversary gift God could give us! 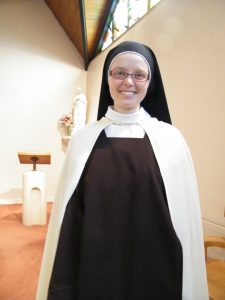 We include this in our Prayer Space and hope you will join us in prayer and praise for all God’s Blessings.

‘We give thanks to the Lord with you our Mother’.

My soul glorifies the Lord,

My spirit rejoices in God, my Saviour.

He looks on his servant in her lowliness;

henceforth all ages will call me blessed.

The Almighty works marvels for me.

His mercy is from age to age,

on those who fear him.

He puts forth his arm in strength 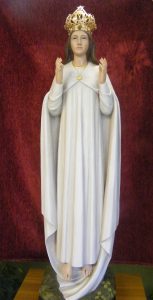 He casts the mighty from their thrones

and raises the lowly.

He fills the starving with good things,

sends the rich away empty.

He protects Israel, his servant,

The mercy promised to our fathers

to Abraham and his sons forever.

Praise the Father, the Son and the Holy Spirit,

both now and foever. Amen. 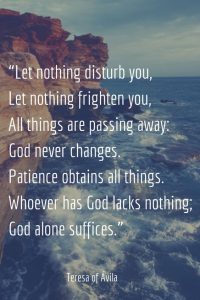 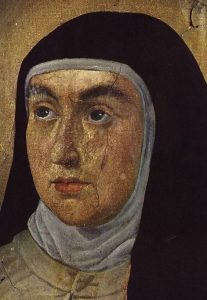 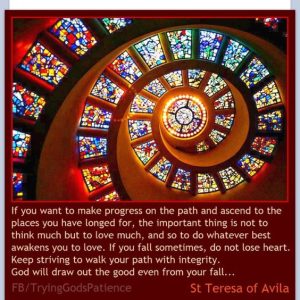 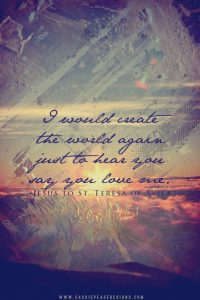 St. Therese – a glimpse into Grace and Mercy